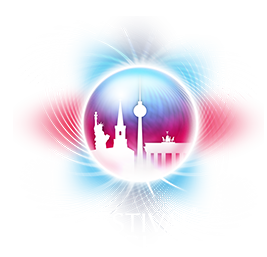 Every March, the already beautiful city of Zagreb becomes a canvas for artists who use the latest light projection technology to paint the city in light. The historical centre is illuminated with colourful and quirky images, and throughout the city you’ll find breathtaking light installations and concepts. Because the festival is held every spring, most of those concepts evoke awakening, new life and growth.

The capital city of Croatia light up in spectacular fashion and in a way never seen before with the second ever Zagreb Festival of Lights. The festival brought together audio-visual installations all around the city in spectacular form, joining the likes of other world cities who have a tradition of holding such festivals such as Amsterdam, Helsinki, Prague and Berlin. What’s better excuse to see this stunning city than under the silhouette of thousands of twinkling lights and artistic displays?

As spring sets in, the city turns into a spectacular light show directed by the Festival of Lights. Streets, squares, parks, buildings and landmarks become a stage for playful light installations. The familiar and well-known becomes new and exciting again, thanks to the artists whose visions shed a new light on Zagreb, literally.

The Festival of Lights Zagreb takes place in the Croatian capital and transform the city into a spring world with spectacular projections, blossoming fantasy and colorful light art celebrating the reawakening of nature. The warming evenings invite you to stroll and discover the beautiful historic city in the light. It is one of the first big events of the year and heralded the tourist season with a spectacular starting signal.

Travel Pulse
Zagreb Becomes a City of Lights Once Again

Festival of Lights Zagreb is one of the first annual events announced by the Zagreb Tourist Board to welcome the arrival of spring and warm weather to invite us to enjoy the outdoors and celebrate light and life. The Festival is a mix of design, architecture and entertainment and allows one to see the world from a new perspective through the joy of light.

Stretching from the main square all the way through Upper Town, the Festival of Lights in Zagreb is a dazzling installation against an already beautiful city. It even dives underground into the Tunnel Grič, which was built during World War II. Watch the lights dance along Storssmayer promenade, and spend time dancing in the disco hall.